The Finnish labor market is among the most gender segregated in Europe – women head for professions in care, whereas men opt for technology.  Much of the career differences reflect the horizontal segregation in educational choices, but also the career paths of women and men with the same educational background differ in many respects.

This vertical segregation has not been studied extensively in Finland, but a paper by Johanna Naukkarinen, Susanna Bairoh and Sanna Putila based on the national database Vipunen shows, that also within engineering in Finland women and men head for different careers.  The scope of the study was graduates in engineering and architecture with a total of 74 493 persons, and explored the occupational differences by gender in this group during the year 2017.

How do the careers differ?

Women and men are not employed in identical occupations within engineering. Men are more often employed in technical occupations versus nontechnical and are, in general, overrepresented in managerial positions. Age and level of degree do not seem to make major differences.

When we look at the differences more closely, women are especially underrepresented in manufacturing work, such as mechanical engineering and electronics engineering, professions that employ a large mass of the men educated in the field. Expert occupations within ICT, and research and development roles are likewise occupations where women are significantly underrepresented. There are instead comparatively more women in expert roles in material and process technology, and in a vast array of commercial roles, such as accounting, clerical work, PR and communications, and public administration management.  These differences in occupations seem to also hold quite consistently when looking at engineering degrees from different fields, albeit architecture and construction have a differing profile from other engineering education.

Table: Share of women and men in non-technical within ICT, Engineering, Materials and processing and Architecture and construction

Women are not managers as often as men

A statement often heard is that the representation of women in leadership roles in technology will self-correct with time as the share of women in the industry increases in general. The national data do not support the assumption of underrepresentation disappearing with time, as the representation patters remain stable through different age cohorts. This also means that the higher share of men in expert positions is not due to the on average longer work experience men hold, as differences are visible already in the early phases of the career.

What are the implications of segregated professional roles?

Segregation to technical and non-technical can lead to many unwanted professional developments, as the occupational hierarchy and professional competence within engineering is highly intertwined with the level of technical knowledge required for the role.

Results unveiling gendered processes within fields are an important step forward in the Finnish discussion about gender segregation. If the focus is only on dismantling gender segregation between fields, the discussion may stay on the individual level focusing on occupational preferences that are gendered. Examining the inequalities that persist even between men and women with similar educational choices makes visible the discriminatory processes in organizations and biased ideas about gender typical competence that, in part, contribute to producing a steeply gendered workforce.

How to tackle the problem?

Simply encouraging to choose fields of study that are not typical to one’s gender or to take on more demanding roles is not sufficient to deal with the labor market segregation, as particularly women working in male-majority workplaces still seem to experience more gendered problems than others in their working life, for instance with wage levels and career advancement. When looking at the implications of our findings, the evident next question would be about the causes of the differences.

However, if it holds true that a macrolevel culture and value system affects the various ways the paths women take and are given within engineering, it is evident that these kinds of structures and deep cultural and symbolical meanings that produce different occupational roles cannot be addressed by simply paying attention to organizational policies.

The original article, Gender Segregation in the Occupations of Finnish Engineers, was published in the ASEE conference in July 2021. Link to the article:

Johanna Naukkarinen is a post doc researcher in LUT University. Susanna Bairoh is TEK’s Research manager. Sanna Putila is a researcher in the NOW! -project. 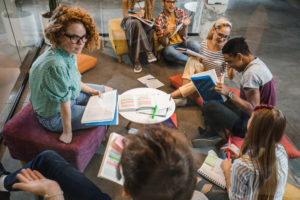 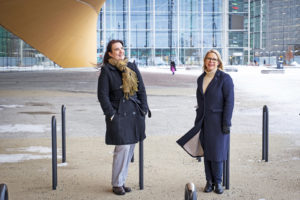